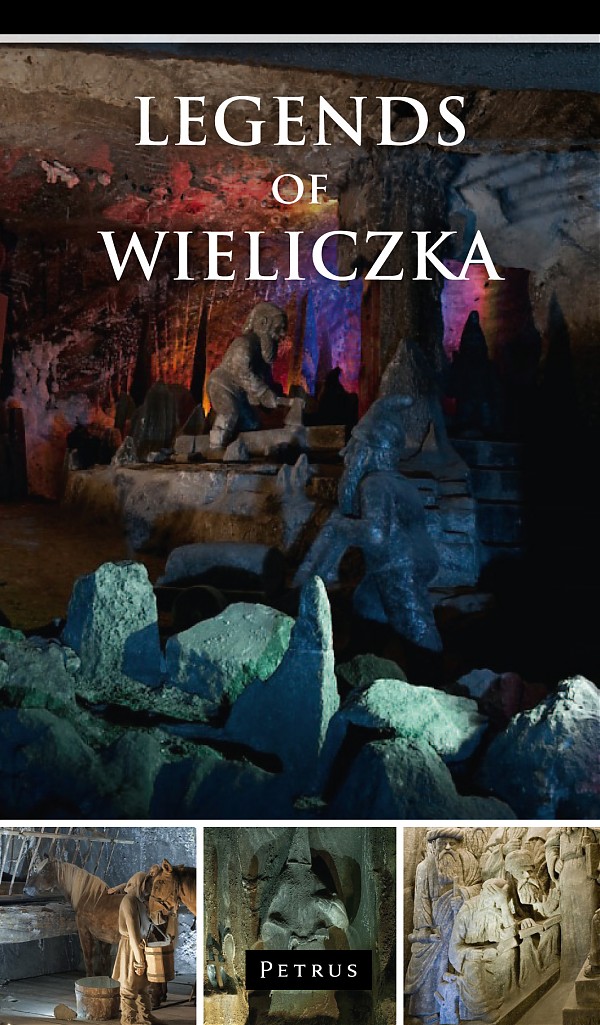 Saint Kinga – the founder of the mine, Skarbnik – the ruler of the underground kingdom, Bieliczka, also known as the White Lady – his daughter as well as the helpful and caring dwarfs are the heroes of the story from the mysterious past of the mythical world of the Salt Mine in Wieliczka.

The unique beauty of the underground kingdom of legendary figures and historical people may be explored thanks to the legends connected with the founding of the mine, the everyday labor of the medieval miners as well as their age-old belief in the protective power, so much required in the dangerous world of the underground pits.

The beautiful and exclusive photographs shall move the reader for a long stay within the depths of the Earth, into chambers where, supposedly till this day, Skarbnik reigns, where, sometimes, the White Lady flashes by in search for her lover, and the dwarfs may now play tricks on the visitors. The heart of the Mine has for ages been the Chapel of St Kinga, its charm impossible to easily forget, thanks to whose patron's pleading this world's oldest functioning mine has stayed constantly open since the 13th century, and is currently included in the UNESCO List of World Cultural and Natural Heritage.